By now, many people have heard about the notorious “Murder Hornet” which is the name that has sensationalized headlines everywhere. But what is the “Murder Hornet”, and what kind of threat is it in actuality? 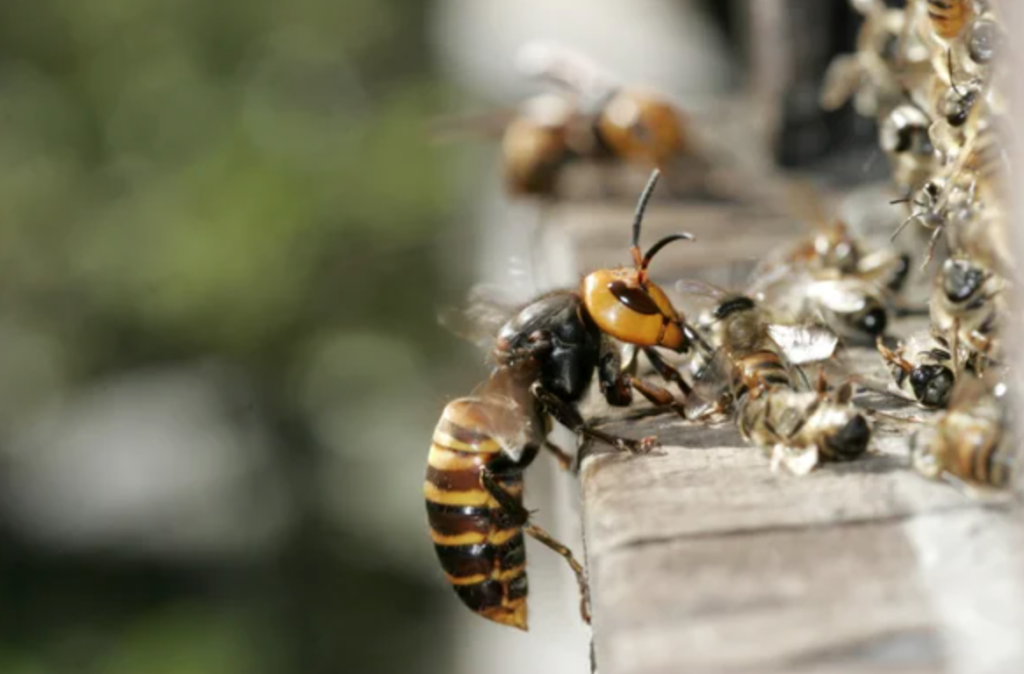 The Asian Giant Hornet (Vespa mandarinia) otherwise known as the “Murder Hornet”, has been found in the Pacific Northwest. Even though the media has recently reported about this predatory wasp, it was first reported in December 2019, when a small handful of colonies were reported. To be sure, there have been no documented cases of this new invasive insect in North Carolina; however, many folks have questions. North Carolina has many flying pests, some of which look similar to the Asian Giant Hornet… with the European Hornet (Vespa crabro) looking the most similar. Rest assured, this is a different species and they poses no significant threat to beekeepers (although they can, like many social stinging insects, pose a minor risk to public health).

Seeing that the Asian Giant Hornet is not in NC yet, the threat level for beekeepers in our state is slim to none, but it is something to keep on our radar for the future. Even when they get to North Carolina, the impact of these invasive predatory hornets will likely pale in comparison to most of the more immediate problems with which beekeepers are already facing.

For more information on the Asian Giant Hornet, click to read more here and here