How to Identify Asian Needle Ants 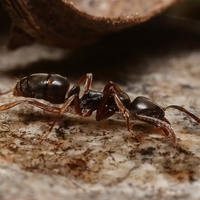 If the ants are up to half an inch long, they may be black carpenter ants. If they’re in great number and extremely small, they might be Argentine ants, which can only be identified via microscope. If the ants are red and located in mounds of soil or dirt outside, then they are probably fire ants, and you should probably stay away because they can sting! If the insect gives off a slight coconut odor when crushed, then it is probably an odorous house ant.

It is very important to know which ant species you have since their habits and food preferences vary greatly.

This is due to their mere presence as a nuisance pest.

Where Do Asian Needle Ants Come From? 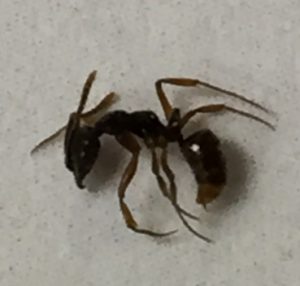 Asian Needle Ants originated from Asia. They were first found in the United States in 1932 in Georgia. They quickly spread over the years to the District of Columbia, Virginia, and North Carolina.

Colonies range in size from 39 to those with over 5,700 workers, and they have up to about 40 queens per colony. The average colony size is about 1,000 workers with an average of about 12 queens. Colonies usually consist of a single nest, but a fair number of colonies in urban areas occupied several nests.

May, June, and July are the peak months to see Asian needle ants. Females swarmers and workers are the problems because they can sting. Their stinger is very-well developed and delivers a protein-rich venom. About 80% of sting victims experience only a local reaction including swelling and redness at the sting site.

Where do you See Asian Needle Ants?

Most colonies are found in urbanized areas around buildings and associated landscaping. Nests and their galleries are always associated with kind of objects such as logs, bricks, and boards. Their preferred nesting sites are in dark, damp environments.

Asian needle ants feed on dead insects, fish scraps, and decaying fruit. They prey on live anthropods, including termites. They do not recruit nestmates to a food source.

Do-it-yourself ways to reduce the conditions that harbor and attract the Asian needle ant: